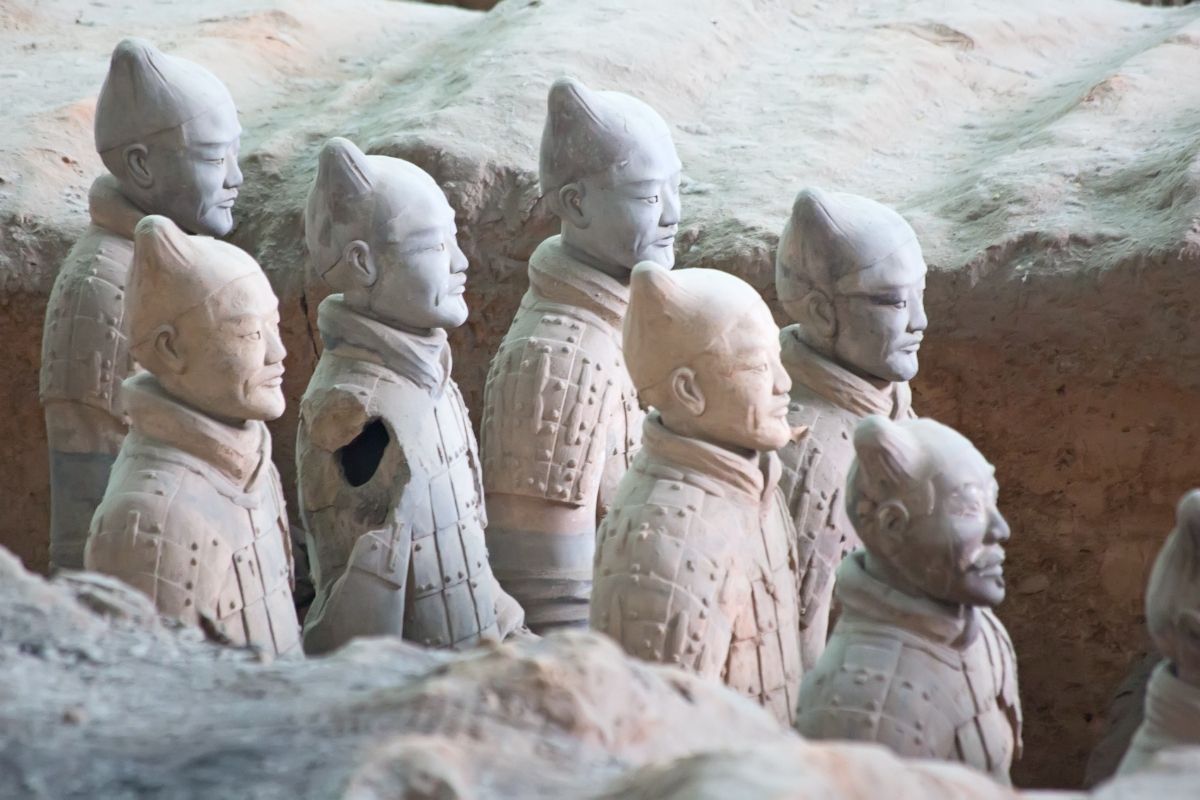 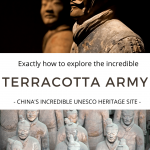 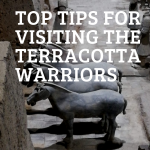 The Terracotta Warriors were discovered by accident in 1974, during the construction of a new airport runway, at Xianyang, Shaanxi province. They were unearthed by workers digging for clay to use in making bricks. Since that time, people have been fascinated with visiting the Terracotta Army.

Today, the Terracotta Army (or Terracotta Warriors) of Emperor Qin Shi Huang is one of the oldest UNESCO World Heritage Sites and is regarded as one of the most significant archaeological finds of the 20th century, rivalling all the treasures found in Egypt.

Why should you visit the Terracotta Army Museum?

The museum site represents the emperor’s palace. The excavated areas include offices, stables, halls, and other structures. The whole complex was buried beneath an unremarkable earth pyramid, protecting it from tomb raiders for two thousand years!

The museum showcases thousands of warriors in battle formation, guarding the tomb of Emperor Qin Shi Huang. The figures include infantry, cavalry, and charioteers, plus acrobats and numerous animals.

Prepare for Your Visit

Try to make sense of (some of) the history before you go with a good guidebook.

The Terracotta Army by the traveller and historian John Man is a good introduction, as it’s not as dry and scholarly as some.

It’s a well-written and enjoyable read.

How to visit the Terracotta Army Museum

The museum is located in the Lintong district, about an hour by taxi or 70 minutes by tourist bus from the city of Xi’an. Travelling by bus is safe, fully air-conditioned, and comfortable – be sure you get a tourist bus as others are not as well maintained.

Bus Info: Tourist Bus number 5 (306) departs from the East square of Xi’an railway station, but it can be very busy, particularly at weekends.

Cost: The fare is  CNY7; however, this does increase a little during peak periods.

When can you visit the Terracotta Army?

If you’re visiting independently, finding the ticket booths is easy as soon as you arrive. The entrance fee is CNY150 in the high season and CNY120 in the low season.

Alternatively, you may prefer to book a guided tour. Visiting with a professional guide is the ideal way to understand the history and layout of the museum and avoid missing any highlights.

Here are some tour options you can choose from, departing from central Xi’an. They vary slightly in duration and how you will travel to the museum.

Pick the one that best suits your sightseeing plans, travel style and time allocation.

It’s a pleasant 10 to 15 minute (1 kilometre) walk from the parking area to the site. The walkway is beautifully maintained and immaculately clean.

If you can’t walk (or prefer not to), golf carts are available from the car park to the museum but prepare to queue during the high season (May to October).

Wheelchairs are also available from the car park, and the entire site is wheelchair accessible.

Archaeologists believe that they will still be working on the Terracotta Army Museum in 50 years time, as there is still so much to discover!!

Highlights of the museum

If you’re wondering “what was the Terracotta Army”, the vast museum with its three large excavation pits helps explain these artefacts’ history and significance.

You’ll learn about the types of soldiers in the Emperor’s army and how to identify their rank by clothing. Look out for the individual facial expressions on the figures, which are believed to have been modelled on real soldiers.

Every single one of the 10,000 warriors has a different facial expression.

Even if you’re not a “horsey” person, the magnificent terracotta horses will make an impression on you. It’s awe-inspiring to see the incredible detail on the horses’ faces hundreds of years after they were created.

Just imagine what they must have been like when they were freshly made, and the colour was still bright and new! Even the horses all have different expressions.

3. The Exhibition of Bronze Chariots

This area is packed with valuable artefacts from the excavations and tells the Qin dynasty story.

How long should you spend at the Terracotta Warriors Museum?

Aim to spend at least 2 to 3 hours at the museum as it’s huge (16,300 sq. metres) and split across three pits, with a cinema and exhibition hall. The site closes at 7 pm.

Note: There’s a gift shop where you can also buy refreshments. The souvenirs are high-quality, at high prices. Expect to be told that the prices are fixed by the government; however, if you walk away, staff are often willing to negotiate a little.

Related Post: 2 Incredible Landmarks You Can See for Free in Xi’an

The Best Itinerary for Visiting the Terracotta Army

1. The Exhibition Hall of the Bronze Chariots

Smaller than the excavation pits, this area can get very crowded, so it’s well worth arriving early and making this your first visit.

2. Pit number 3 – The Command Centre of the Terracotta Army

This is the smallest of the pits at 21 metres by 17 metres, with only 68 terracotta figures, all of which are officials.

Archaeologists consider this pit the most complete, despite still being only one-sixth excavated so far. It contains all the types of terracotta warriors found to date, including infantry, cavalry, chariot warriors, and archers. It will be keeping archaeologists busy for decades to come!

It’s believed that this pit contains over 80 war chariots, 1,300 terracotta warriors and horses, and many thousands of bronze weapons.

Be prepared to be blown away by the sheer size of this pit which was the first to be excavated after local farmers discovered the burial site.

The sight of the thousands of pottery soldiers and chariots is mesmerising. Every warrior is different, modelled from the Emperor’s real-life soldiers, and some still bear traces of their original colour.

The Unsolved Mysteries of the Emperor’s Tomb

While archaeologists know where Emperor Qin Shi Huang’s tomb is located, it’s not been excavated yet. The Chinese authorities have banned all excavation work here for at least 50 years to enable archaeologists to find a way to preserve artefacts fully.

We must wait to discover the secrets of the Terracotta Army and whether the myths of a mercury river, booby traps, a diamond-encrusted sky, and boundless buried treasures are true.

Essentials for Visiting the Terracotta Army

What to Avoid When Visiting the Terracotta Army

You’ll find the usual array of cheap tourist-trap shops when you leave the Terracotta Warriors museum site for the parking area. The prices on some stalls may look tempting, but many of the goods are of poor quality.

There’s a proliferation of food outlets – even a KFC! If you want to stop and eat, agree on the price before you order!

What to do after visiting the Terracotta Army

You’ll have time to relax and recharge your batteries on your journey back to Xi’an. If you made an early start, you might still have time to visit the Shaanxi History Museum, relax, or take a stroll through the fabulous Muslim Market.

If you’re planning a trip to China, you might also enjoy these articles about things to do while you’re visiting Xi’an:

LIKE IT? PIN VISIT THE TERRACOTTA ARMY FOR LATER!