The Bovington Tank Museum has the world’s best collection of tanks and is one of the best Dorset museums. The engaging modern exhibitions bring the story of tanks and their crews to life.

As my teenage son was obsessed with tanks, he had thoroughly checked out the Bovington tank museum list of tanks and begged to see them, so I booked a couple of tank museum tickets and headed off to Dorset.

About The Bovington Tank Museum

The Tank Museum is massive, with 300 military machines deployed in battle at every major conflict since the First World War to explore.

The well-presented exhibitions show how tanks were invented in Britain. You will also see how tanks were used in warfare, from the Somme in WW1 to the Normandy beaches in WW2 and the deserts of Iraq in recent conflicts.

For lovers of social history, the stories from soldiers that fought in these tanks are sobering and inspiring.

The museum is perfect for a fantastic day trip for visitors of all ages, with families well catered for.

Where is Bovington Tank Museum?

Tucked away in rural Dorset, near the British Army military base of Bovington Camp, the Bovington Tank Museum is located close to the UNESCO recognised Southwest Jurassic coast.

How to Get There

The best way to reach the Tank Museum is by car, although there is a good rail connection if you don’t mind a 20-minute walk.

Set your SatNav for BH20 6JG, which will bring you through Dorset’s country lanes and pretty villages to the free tank museum car park. Driving from Bournemouth to the tank museum takes about 45 minutes.

Wool is the nearest train station to the museum, about one mile (a 20-minute walk) away. Alternatively, you can pick up a taxi from the station.

If you’re travelling to the Bovington Tank Museum from London, Wool station is 2 1/2 hours from London Waterloo station. Alternatively, Wool is only just over one hour from Southampton Central station.

The museum is thoughtfully set up for visitors with accessibility needs, with level/ramped access to all areas and lifts to all floors. Read this access statement for details of the assistance provided. Guide dogs and hearing dogs are welcomed here too.

Tankfest at the Tank Museum in Bovington, Dorset, was the perfect weekend trip with the teen boy (a reward for a year of hard work at school),and we’ve already booked a return trip for next year.

Driving up to this shrine to armoured vehicles feels a bit otherworldly. One minute you’re pootling along little country lanes through the prettiest of Dorset villages, admiring thatched cottages. Next you’re passing road signs warning of “Tanks Crossing”.

Suddenly the road widens to the size of a runway, the speed limit drops, and military buildings appear. Serious-looking chaps saunter around in serious-looking kit and no one dares flout the posted speed limit (10 mph).

Half expecting a tank to burst out from the vegetation at any moment, you arrive at the museum entrance, ready to discover why over 200,000 visitors flock here every year from around the world.

Visiting the museum for Tankfest, we expected to queue to get in. We needn’t have worried – the museum staff handled the whole operation with true British military efficiency. We were parked, whisked through the ticket gate, and ready to explore in mere moments.

What to see at the Tank Museum

The museum’s collection of tanks includes over 300 armoured warfare vehicles, including everything from the first tank developed (“Little Willie“) to ones used in the two World Wars and in more recent conflicts.

We saw the much-feared WWII German Tiger tanks, huge modern Challenger tanks, and fearsome machines from many other countries, including France, Russia, Australia, and the US. Plus a whole collection of armoured support vehicles.

There was plenty of history to keep me enthralled (who knew tanks and the support crew who keep them working could be so interesting) and more than enough big boys’ toys to satiate the teen boy’s hunger for tanks.

I’m reasonably sure he looked at, touched, and photographed every single one. He even got to sit on one or two, yet nobody objected. I guess it’s pretty hard to break a tank, but I didn’t risk it myself!

Highlights of the Tank Museum

We loved the tanks that were cut in half so you can see exactly what it’s like inside, where the soldiers sit and where all the kit is! We also loved the fascinating exhibition about the conflict in Afghanistan.

The historical tanks were interesting, but the ones used in the most recent conflicts were the real draw.

The Tank Museum is incredible and worthy of spending a whole day exploring, but Tankfest takes it to the next level. It’s where you get to see tanks in action!

The biggest of the tank museum events is Tankfest. It’s the biggest and best annual display of historic (and modern) moving armour in the world, running from Friday to Sunday in late June, at the Tank Museum in Bovington.

You’ll see thrilling displays in the arena, seriously big machines, entertaining historical re-enactments, and can book vehicle rides too. Your ticket also includes an all-access pass to the whole museum.

We saw the latest super-fast tanks from the Netherlands, amazing bridge-building and mine-clearing tanks from the British army, plus plenty of explosions and paratroopers landing in the arena.

You also get the chance to get right up close to the armoured machinery, and you can even sit inside tanks if that’s your thing (it was for the teen boy). For mums – there are lots of men in uniform too. And there is wine.

Where to Stay near Bovington

West Lulworth and the surrounding villages are some of the prettiest villages in England.

Lulworth Cove Inn and the Lulworth Lodge are perfect for a romantic getaway, with excellent facilities and food.

It’s also worth looking for Tank Museum hotels in towns along the train line to Wool, including Bournemouth, Dorchester, Poole, Wareham, and Weymouth.

Top Tip: The Priory Hotel in Wareham is a real gem. It’s located in the prettiest of village settings and has over 200 vintages in the wine cellar…

Unmissable Places to Visit Near the Tank Museum

It would be easy to get carried away by the excitement of the big events at Tankfest, the noise, and the macho atmosphere.

While we thoroughly enjoyed the whole event, we left the Tank Museum with a far better understanding of tanks, the theatre of war, and the exceptional bravery and commitment of those who serve in our armed forces.

I got lots of Mum’s kudos points for taking the teen boy on this trip to the Bovington Tank Museum. He and his pals are busy planning the return trip for next year.

I’ll be the first to admit that I’m looking forward to it too.

Have you visited the Bovington Tank Museum or been to Tankfest? What did you enjoy the most? As always, we love to hear your thoughts. 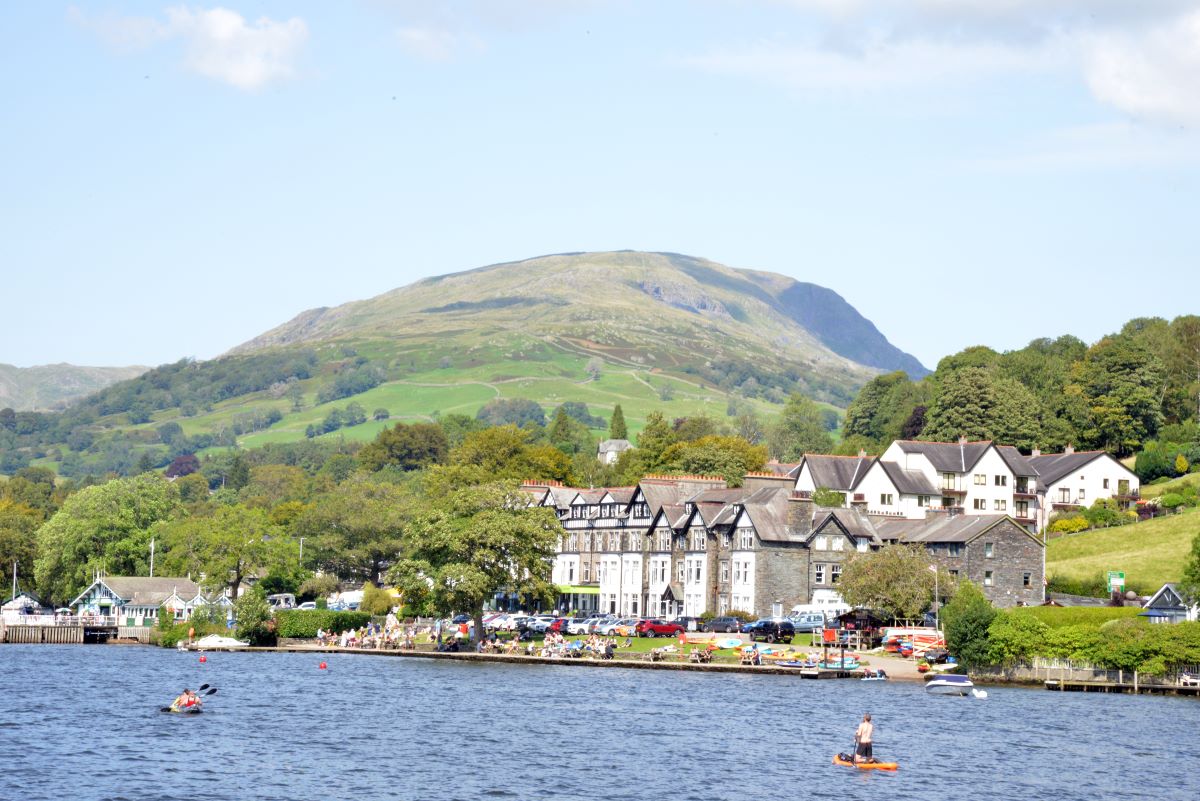 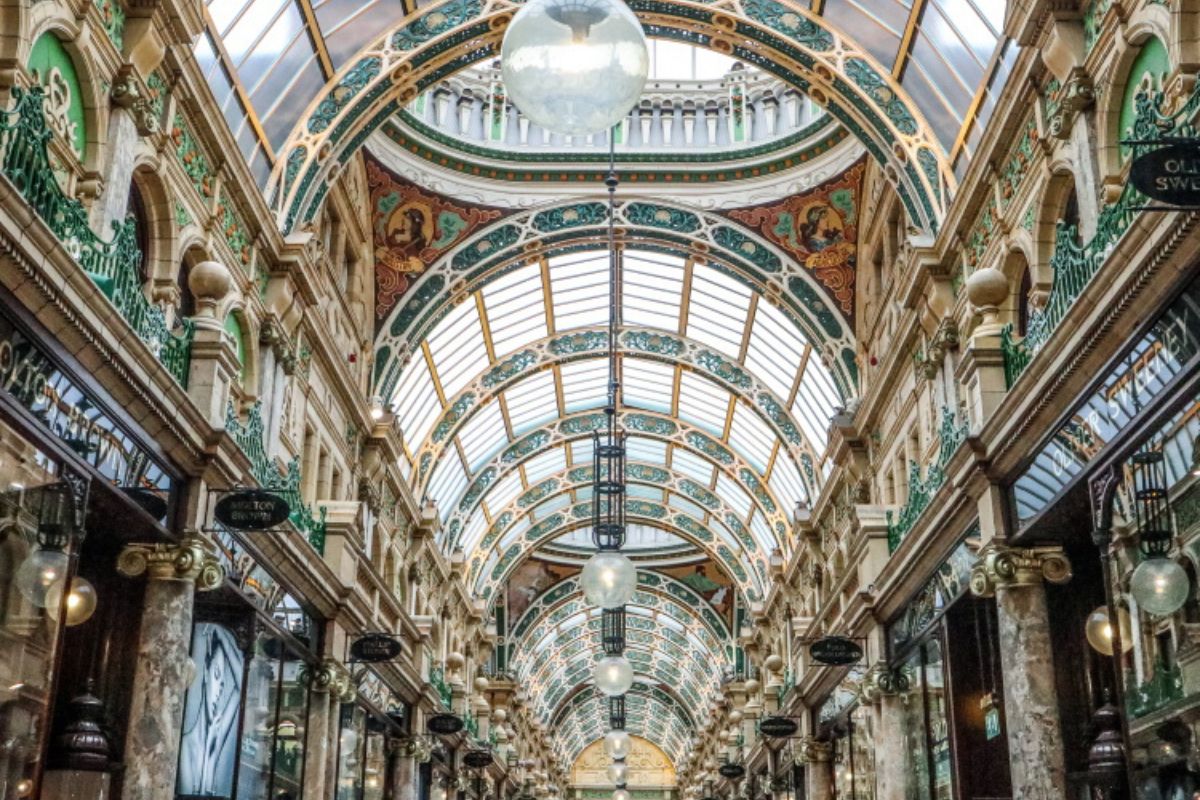